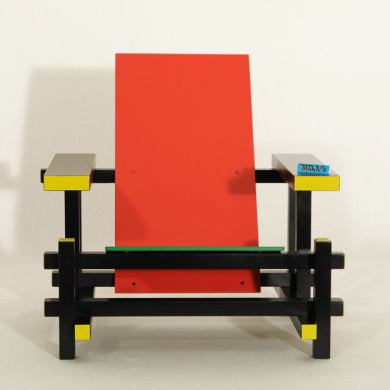 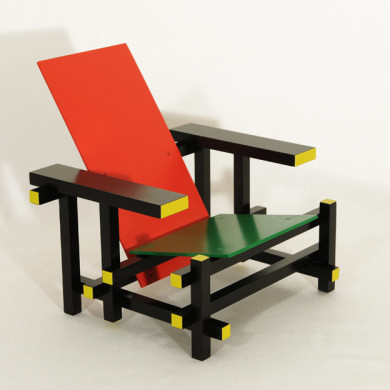 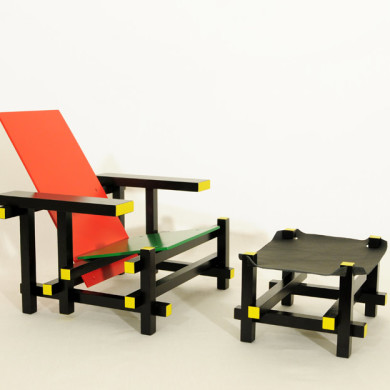 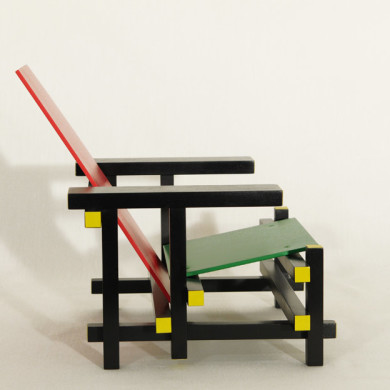 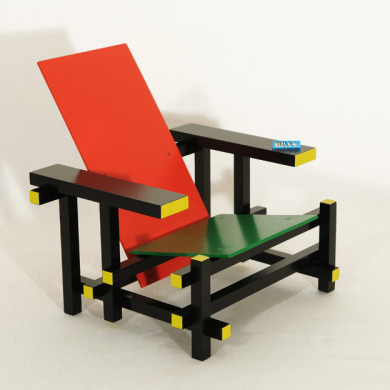 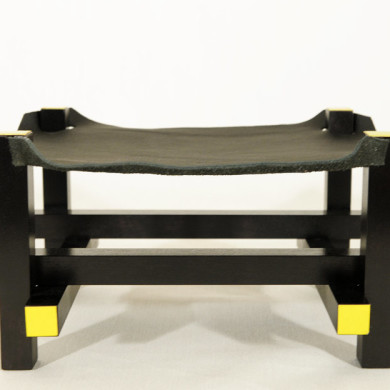 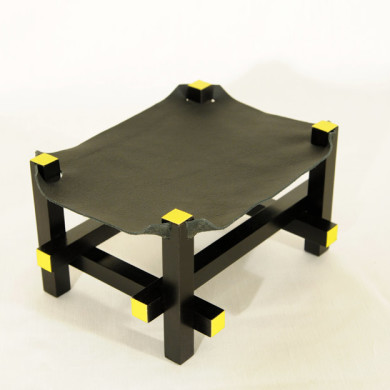 RnB King Tubby was inspired by dub music, DZA’s first love. King Tubby is the true king, a key figure in the creation of the dub genre in Jamaica during the 60’s and 70’s. Some say he’s the man behind the remix concept. Dub music started as instrumental versions of Reggae songs on the B-sides. Then the magic started when they started playing with the components and there relationships [remixing]. Dub is traditionally bass heavy, and uses echoes and repetition a lot. With this in mind DZA made the chair using heavier section battens, a wider seat and back, an increased back angle and of course it is painted in the Rasta colors.

RnB King Tubby has been made using the original drawings; the proportions and angles have been altered, to make it more comfortable.