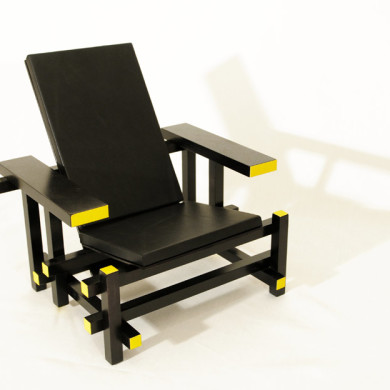 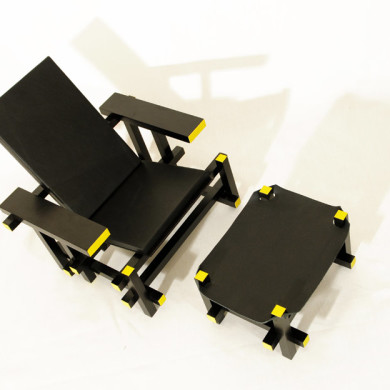 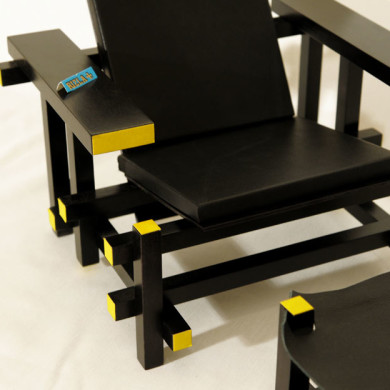 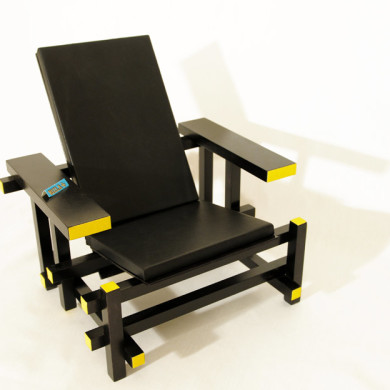 RnB Dub Bees was inspired by dub music, a genre that started in Jamaica back in the 60’s and 70’s. It all started with some low-tech instrumentals of popular singles, and from those early days it grew into one of the most influential genres of the 20th century. RnB Dudstar is an homage to those early day when a few pioneering producers changed the music world forever. Dub is traditionally bass heavy, and uses echoes and repetition a lot. With this in mind DZA made the chair using heavier section battens, a wider seat and back, an increased back angle. With the addition of upholstery this makes the chair far more comfortable than even RnB King Tubby.

RnB Dub Bees has been made using the original drawings; the proportions and angles have been altered.