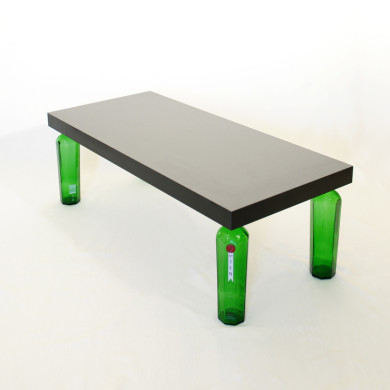 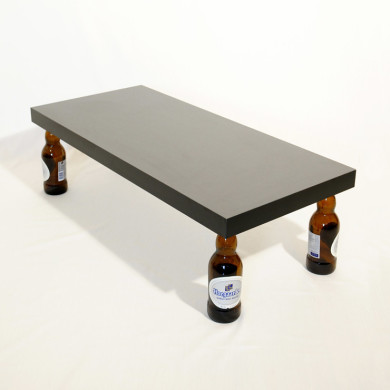 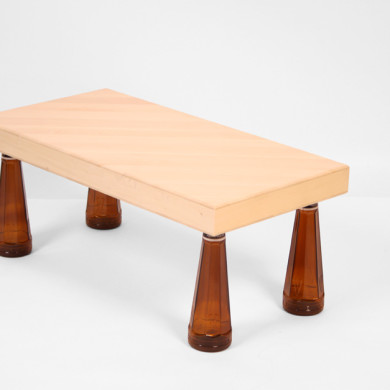 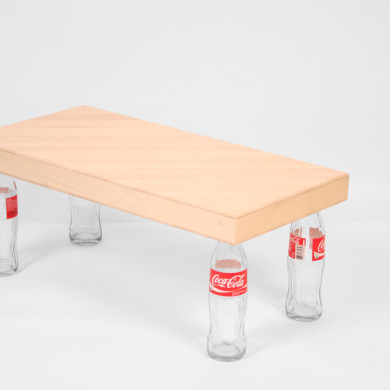 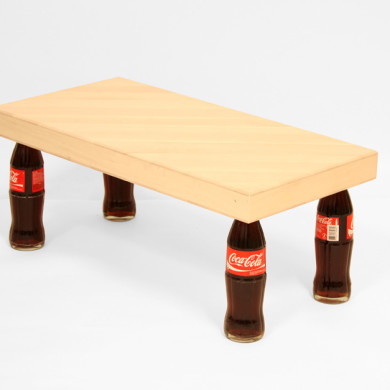 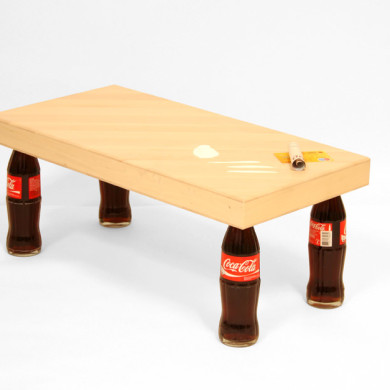 The Funky Bottle is the debut project by MF the Designvillain.

This is a sampling project where MF has taken some of the funkier bottles out there and presented them as a series of tables. He has presented these symbols of popular culture in a humorous way, similar to how Andy Warhol presented his Campbells Soup cans and Brillo Boxes.

With so much advertising and branding present in our current society it is no surprise that people are committed to a particular brand from such a young age. However there seems to be a move away from the brain washing effects of advertising and capitalism among the younger generations.