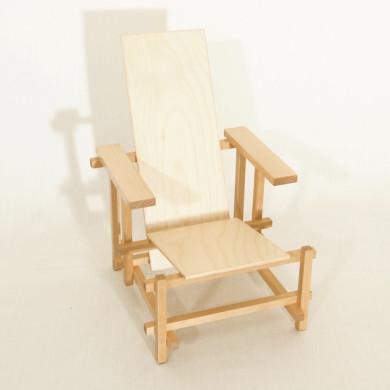 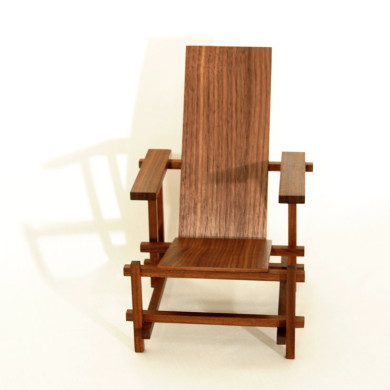 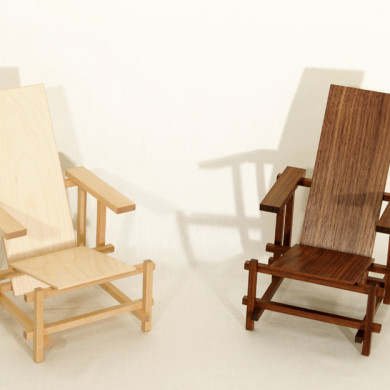 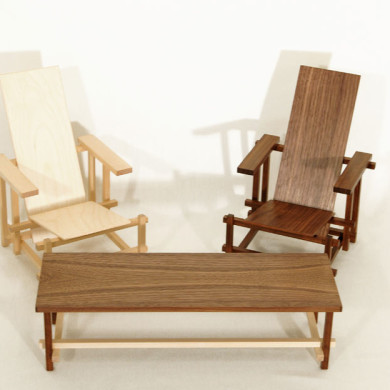 RnB Classical was inspired by classical music, DZA wanted to produce an RnB that would have a fine craft aesthetic the classical standard in fine furniture. It is made using natural woods with a clear finish to preserve the natural color of the wood. Dza used birch and walnut to emphasis the natural contrast in materials. Before the Red/Blue was painted in the De Stijl colors in 1924 for the Schröder House. It was made in clear finished beech and single colors, like black and white. So RnB Classical is also a reference to the original design from 1918.

RnB Classical has been made using the original drawings; the proportions and angles have not been altered.